Interaction between individuals and human communities and societies has always entailed movement, an action that does not occur randomly in the landscape, but is instead focused on specific paths that allow faster and easier connections. Roads and routes are therefore essential in carrying vital materials and information from one location to another. Turkey offers amongst the richest remains of routes, roads and tracks worldwide. The aim of this conference is to discuss these networks and their impact on society from different angles from the prehistory onwards.

Themes for contributions will include theoretical approaches to human geography and network structures as well as diachronic comparison of systems of roads and routes and GIS landscape analysis. Various methods for identifying roads and routes including textual analysis, the study of artefact distribution or targeted epigraphical and archaeological surveys, as well as excavations are equally welcomed. Papers focussing on the impact of roads, routes and network on society will allow the study of communication from a social angle. The conference is not intended as a forum for the publication of finds of individual stretches of ancient roads; the intention is to incorporate such finds into their wider
geographical and social context.

There is substantial evidence that exchange networks already existed in Anatolia before the Neolithic period, with goods — especially obsidian — travelling over long distances. By the midthird millennium BC a long distance network of connections between the Anatolian plateau and Upper Mesopotamia had been established, which brought an intense exchange of goods, technologies and ideas. From the second millennium BC onwards, textual evidence has added major contributions to the understanding of travelling routes, location of centres and details of journeys. The Roman road system has been a focus of research over decades and Byzantine roads have also received detailed attention, whereas the Seljuk road and routes system is less well known.

It is highly likely that the younger roads and routes are overlying older ones at least partially, but these palimpsests of older roads are less well researched. Although the Roman longdistance road network can probably be considered the best-known system, mainly thanks to epigraphical research, we have only a limited idea about local roads and pathways around individual sites or the density of these connections. When and how these developed and what degree of sophistication the infrastructure had or even how they were embedded in the respective landscapes is even less well known.

Still largely unexplored is the relationship between roads, human landscapes and natural environments, and how these different elements affected each other through time. Rarely the role of natural routes through mountain passes or the many rivers flowing through Anatolia has been taken into account. Natural routes complemented built roads and routes and both systems should be studied together to reach an understanding of the networks of connectivity and their development through time.

The above examples highlight how fragmentary our knowledge of past roads and routes in Anatolia remains fragmented. In combining data from different disciplines, generated by a variety of methods, we aim to transcend the present fragmentation of knowledge and to create a new level of understanding of connecting road and route systems in Anatolia throughout time. Such an understanding would clarify the mechanisms of exchange and the spread of cultural traits, and contribute to developing a human geography of Anatolia. Better understanding of these matters would also enable ancient sites to be studied within the context of their wider network of relations, and as locations in a social and cultural landscape, rather than simple dots on an otherwise featureless map.

Conference languages: English and Turkish (simultaneous translation will be available)

Papers will be 20 minutes in length

Please send a title and an abstract of no more than 200 words to routesandroads@biaatr.org
by September 15, 2013 (deadline extended)

One thought on “Call for papers” 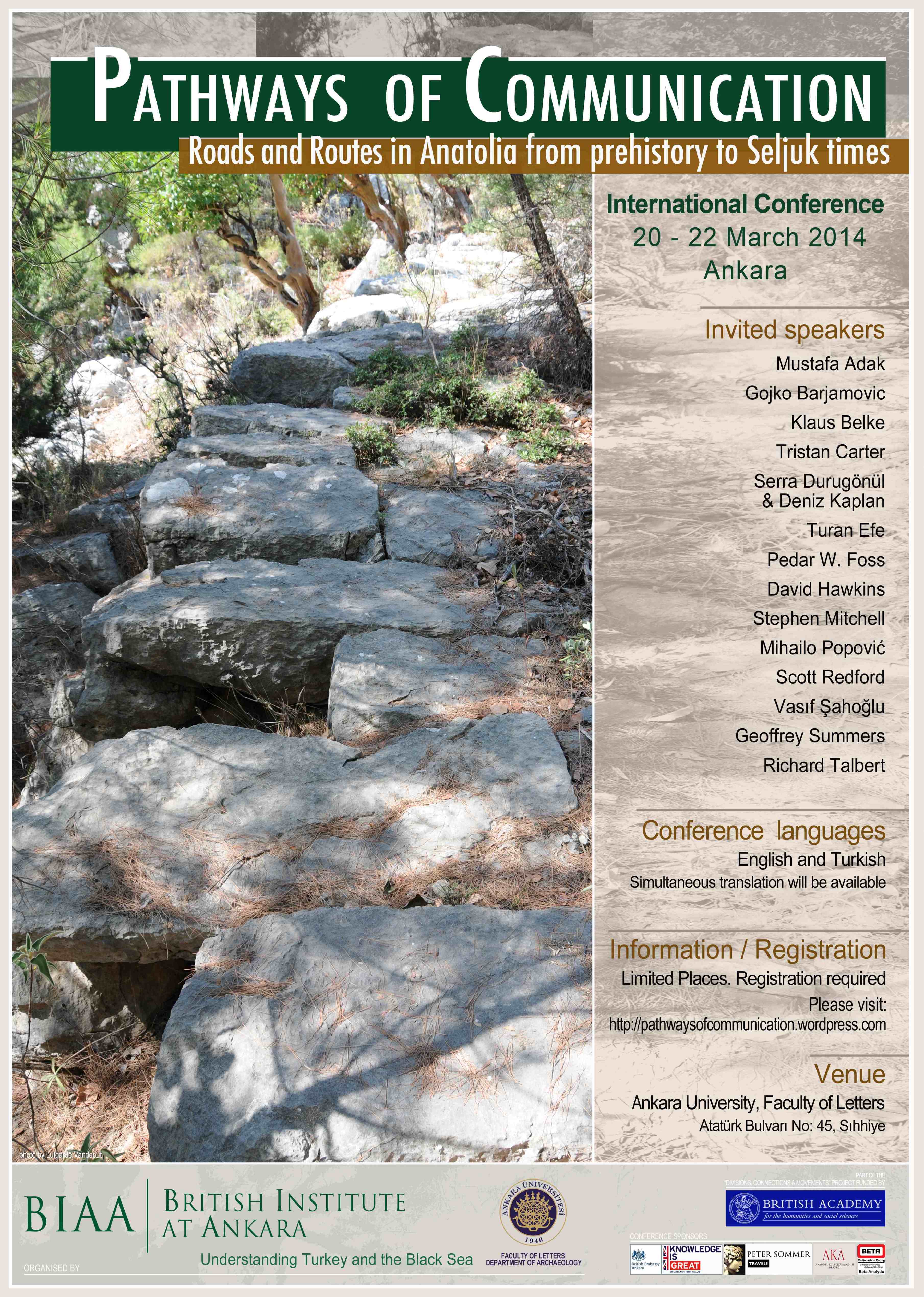 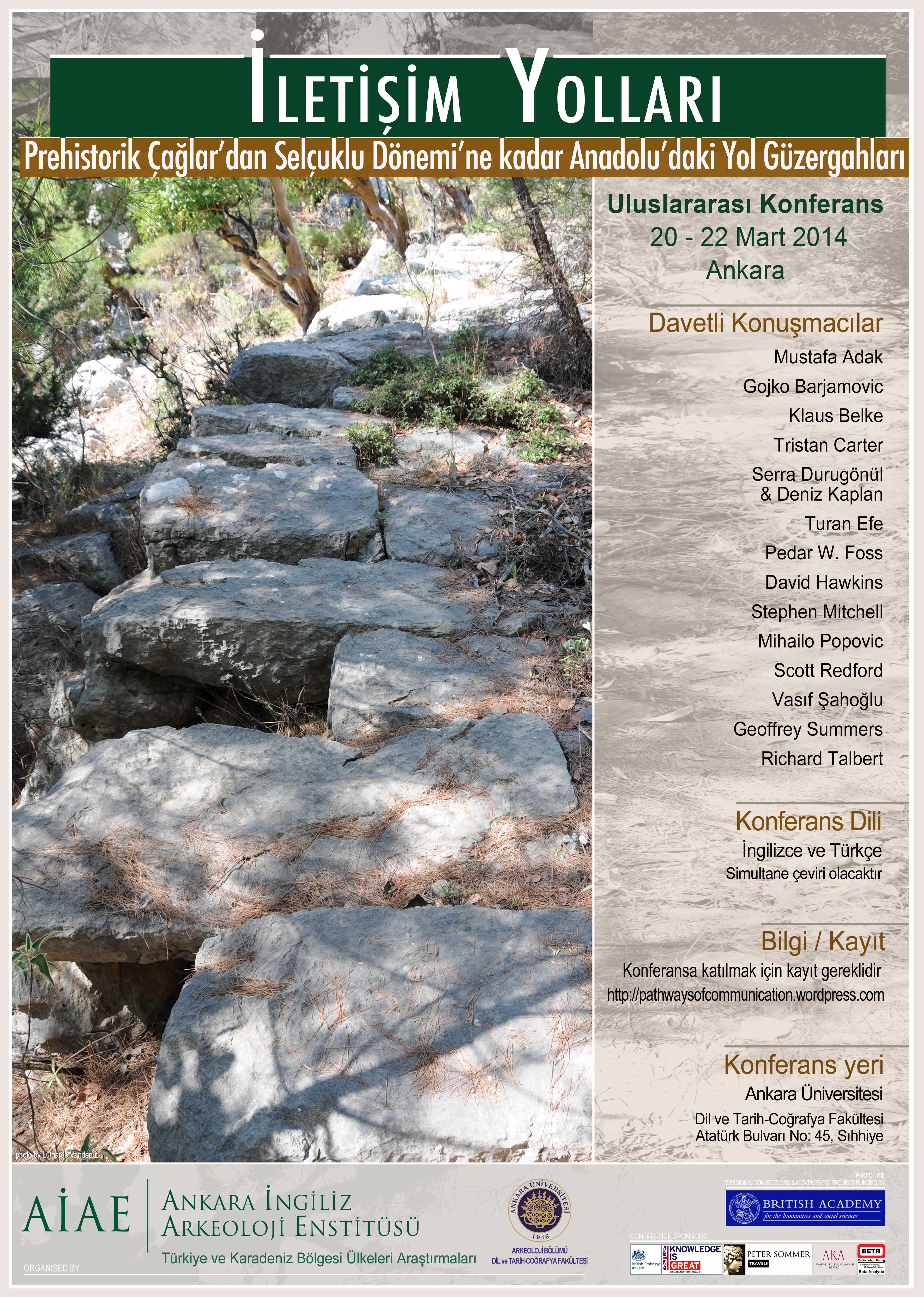 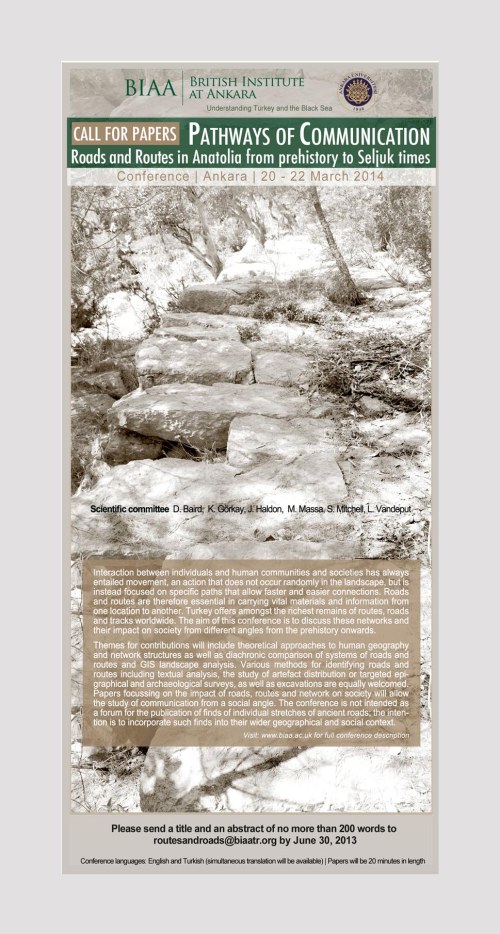